DNA Cruiser
Synchron Lab Automation developed an automated DNA extraction system with very high throughput rates by working very closely together with Festo. As a result, customers in the seed industry can collect DNA from up to 40,000 samples per day.

Using a magnetic bead extraction kit and essentially a system with 10 x 96 channel heads, the DNA extraction system eliminates many tedious washing and waiting steps. The supply of microtitre plates and disposable tips is taken care of by a large plate feeding system, the PlateFeeder, that can hold up to 400 plates per 8h run (200 input, 200 output) and several disposable tip racks. A run of 200 microtitre plates will typically take about 8 hours. The first sample plate is ready in about 20 min from start and then every 2.5 min a new plate is ready. 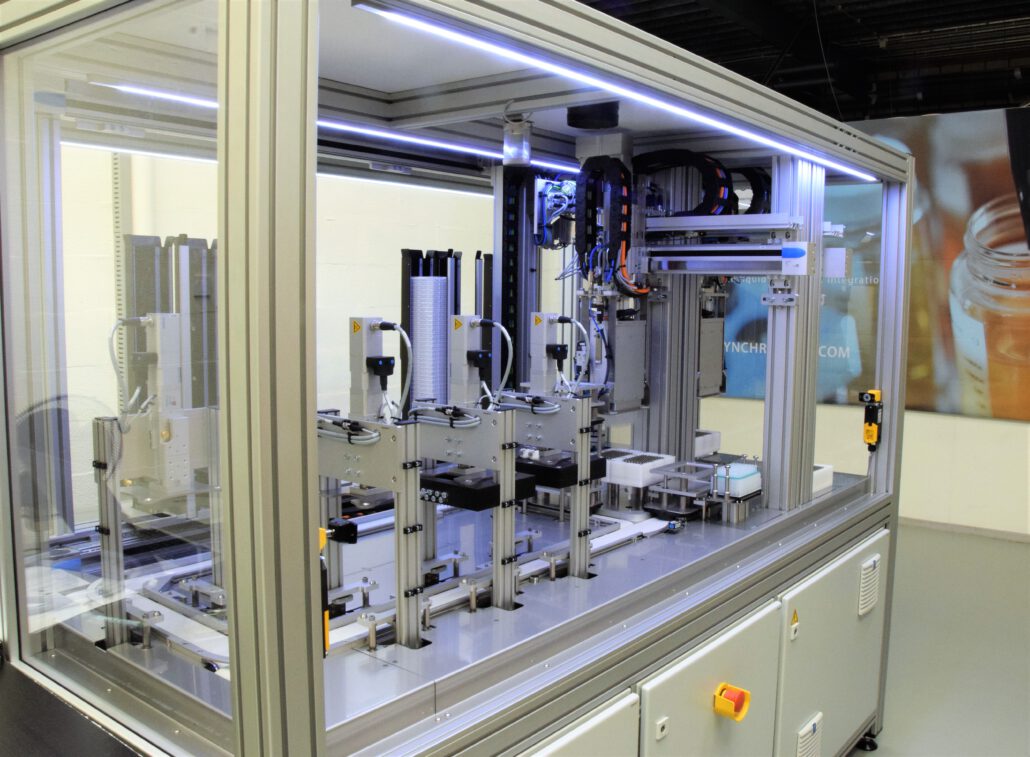 How the DNA extraction machine works
The process running on the machine is used in the agricultural industry for plant breeding. The DNA is extracted from shredded plant material. Components from Festo carry out important functions in all extraction phases. The process begins with a holder which accommodates up to 400 microwell plates – 200 for input and 200 for output.

Identification and transport: The bar code reader SBSI scans all the microwell plates at the start of a run. Electric axes EGC, in combination with a semi-rotary drive DRRD and a gripper DHPS, pick up the microwell plates and place them on carriers which move through the various stations on a transport system.

Extraction: Handling the pipetting head for extracting the DNA is the responsibility of electric axes EGC in combination with an electric slide EGSL. Each plate has 96 samples and takes twenty minutes from start to finish, and a new plate is started every 2.5 minutes. 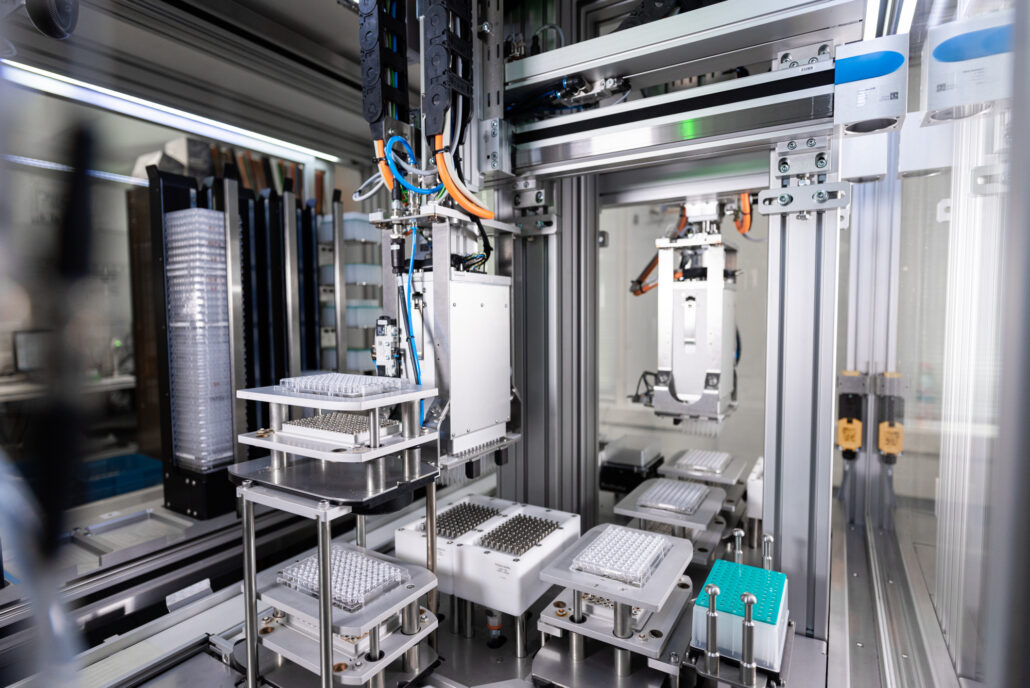